On Wednesday 7 June the Headway Thames Valley Choir were in fine voice once again – this time in Henley town centre. 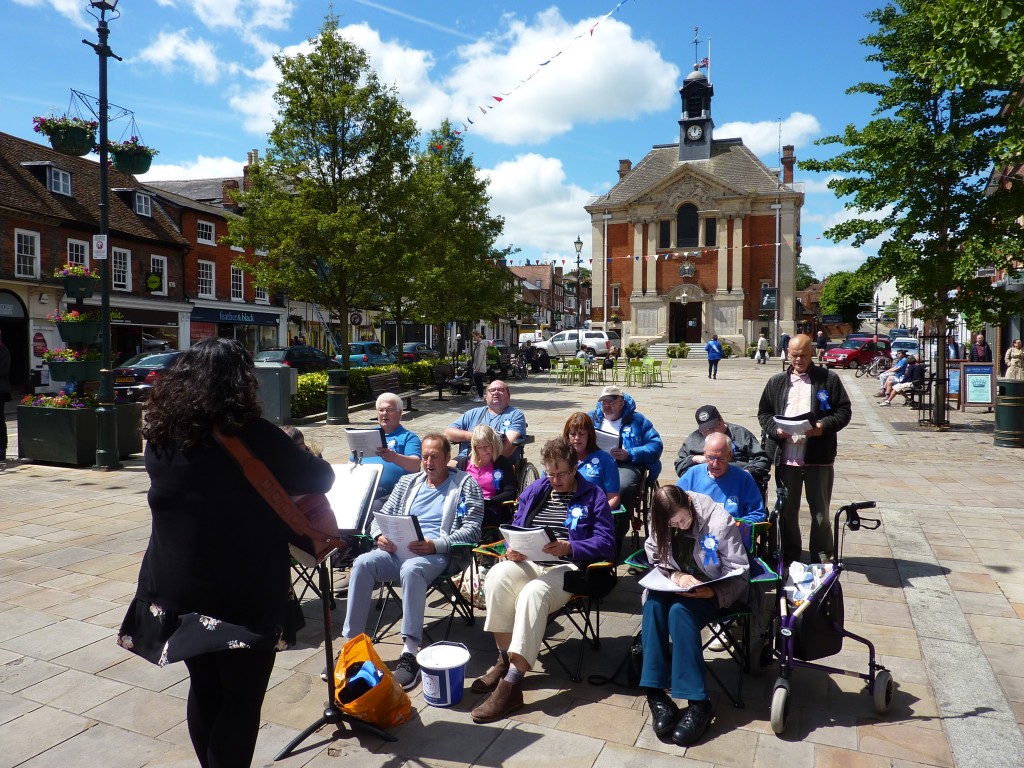 The sun came out to see the choir put on a performance in Henley Market Place. It was the first time the choir have performed outside.

Led by Eleanor Braganza, Headway Thames Valley’s Music Therapist, the choir performed a range of new songs and old, from classics such as ‘We Will Rock You’ and ‘Imagine’ to more modern tracks from George Ezra and Passenger. 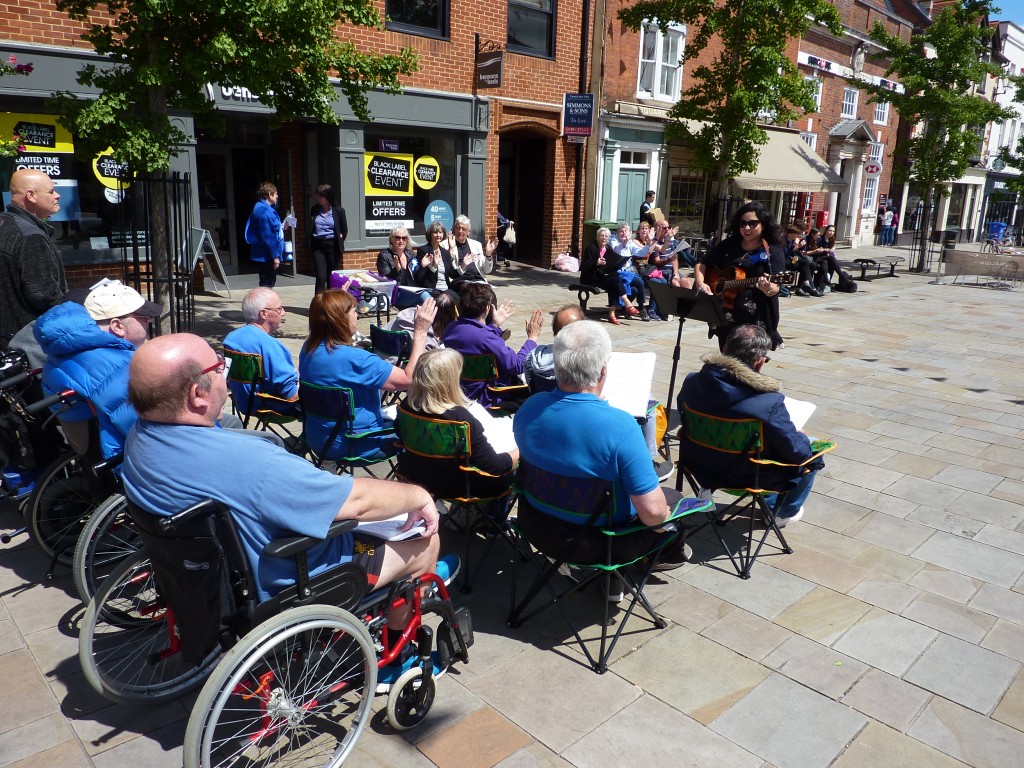 Jamie Higgins, who works for Headway Thames Valley said “Despite this being the first time the group have performed outside, they weren’t nervous at all – they love to perform together and have been doing so for years. Eleanor visits our Rehabilitation Centre in Henley once a week, running a choir, group and individual sessions.

“Besides being entertaining, music therapy produces excellent physical and cognitive results. Performances at concerts have a great impact on improving confidence. The choir were particularly excited about performing outside, in the town centre, as there would be lots of people who hadn’t ever seen them sing before.

“Performing is something our clients really enjoy, but the bit that meant the most to them was contributing to Headway Thames Valley – people were stopping in the street to see what was going on, taking a leaflet about the charity and making a donation.”

Tim, a Headway Thames Valley client who performed with the choir had this to say;

“I think it’s a really good idea for us to get out into the community like we did. It’s our chance to show that disabled people can achieve a lot and it helps the general public have a better understanding of brain injury.

“It was great to raise some funds too – that’s what keeps this place going, and this place is like gold to someone like me. If it hadn’t been for Headway Thames Valley I would probably be in sheltered housing somewhere and unable to walk but instead I’m pushing on and I have some independence. I do my own shopping, walk my dog and much more.

“We should do more street performances like this all over the Thames Valley.”

In total £111.06 was donated to the charity during the street performance. Headway Thames Valley would like to say a huge thank you to everyone who made a contribution to the charity.