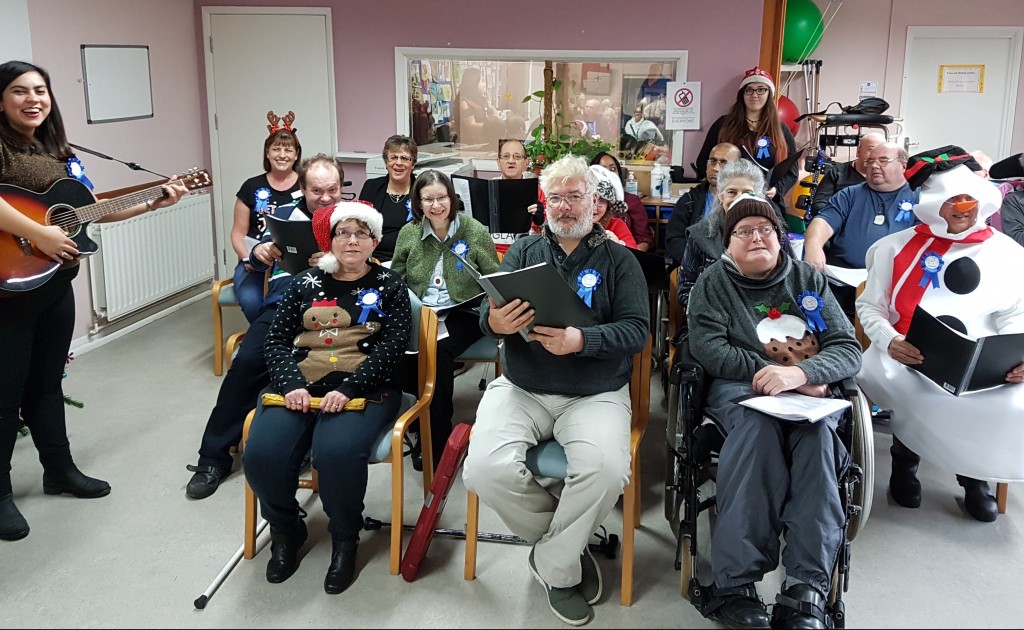 As well as a fittingly festive repertoire from our very own choir, we were also treated to performances from Eleanor Dunsdon, a Berkshire based harpist currently studying Music at the University of York, and the Henley Carol Singers.

Eleanor Dunsdon kicked the concert off with a captivating rendition of Walking in the Air before going on to perform a variety of folk songs and finishing her set with In the Bleak Midwinter – it was a wonderful start to the concert.

The Headway Thames Valley Choir continued the concert with a winter poem from Cindy and Christmas classics such as Rockin’ Around the Christmas Tree and Do they Know it’s Christmas? 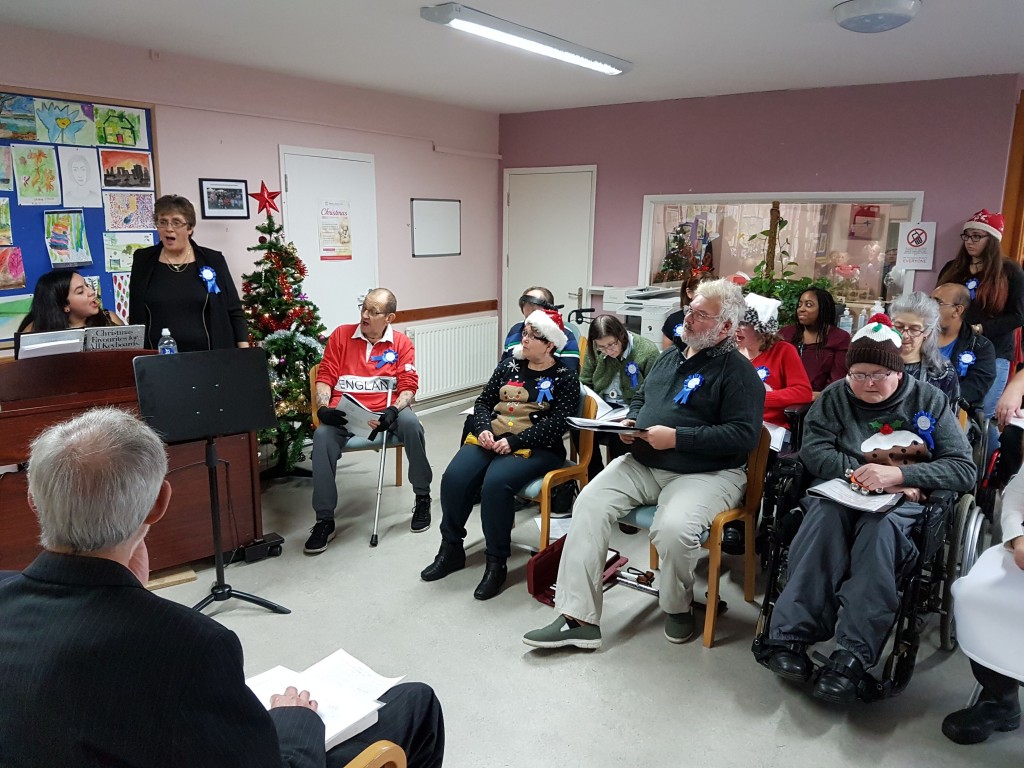 Headway Thames Valley Music Therapist, Eleanor Braganza, who has been working with the choir since January and organised the concert, went on to lead them in two of their favourite songs to perform; Cher’s I Got You Babe and George Ezra’s Budapest. As well as Eleanor alternating between the piano and guitar, Jane, Tim & Alan provided instrumental backing in the form of a recorder, melodica and bells.

Our final act was from the wonderful Henley Carol Singers, who have chosen to raise money for Headway Thames Valley at all of their performances this Christmas. It was a fitting end to the concert as they encouraged the audience and Headway Thames Valley Choir to join them in rousing performances of Ding Dong! Merrily on High, Silent Night and God Rest You Merry, Gentlemen. 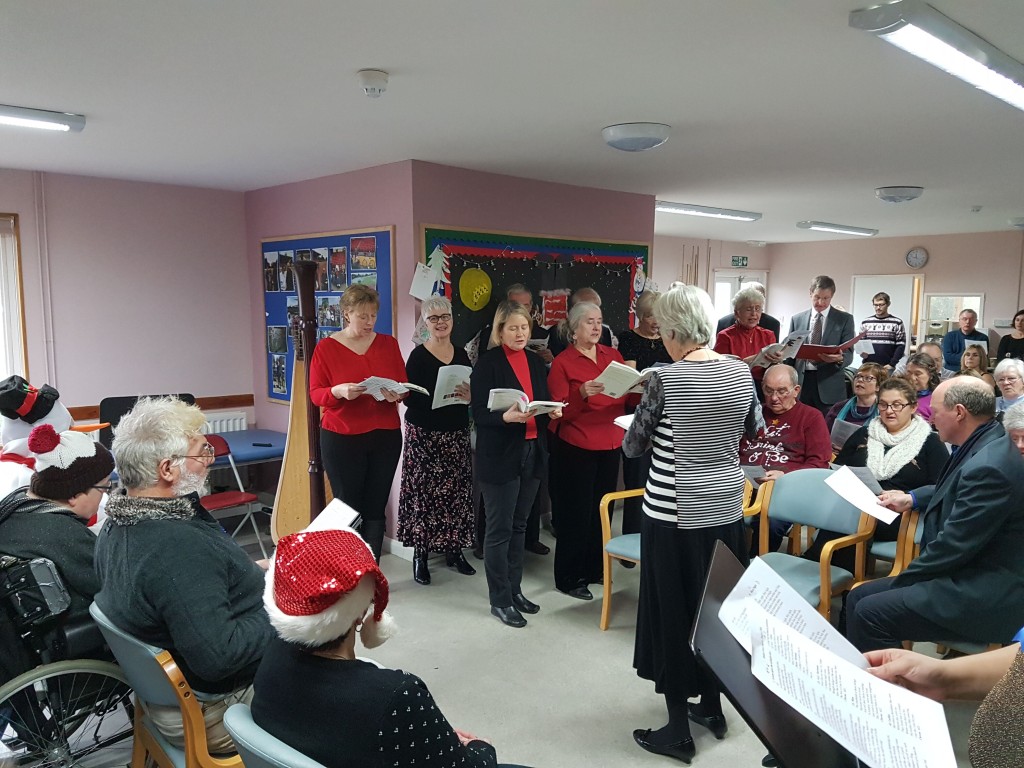 “This was my first Christmas concert at Headway Thames Valley, and we have had a great year, with this being our third concert!

“The choir have been working hard to learn a range of songs, which has been great fun and we were so pleased to have Eleanor and The Henley Carol Singers performing alongside us! Thank you to everyone who came along to watch and to all of the performers.” – Eleanor Braganza

For more photos from the concert please have a look at our Gallery.