Pat Barnett, one of the founders of Headway Thames Valley passed away on Thursday, June 9. He had only recently celebrated his 90th birthday. 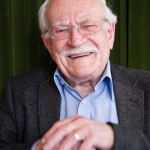 When their son Lindsay was left brain injured after a motor bike accident, Roseanne and Pat Barnett found there was no support locally. Realising the very great need, they set up Headway Berkshire in 1987 (we now know it as Headway Thames Valley).

Despite their grief at losing their son, after caring for him for 3 years, Roseanne and Pat pestered Battle Hospital in Reading, for the use of a redundant unit. They then spent weeks making the space usable and the centre was officially opened on 6th October 1987, a year after Lindsay’s death. It did not take long for people to be referred to them. Pat even had to take early retirement from his job with the Civil Service to help at the centre as there were so many people with a brain injury in need of support and care.

Trevor Powell, Headway Thames Valley Chairman, knew Pat well and he had these words to say on the man.

“Pat Barnett was the husband of Roseanne, the founder and driving force behind the early days of Headway Thames Valley. Pat was a ‘lovely man’, whose contribution to Headway was considerable: as a support to Roseanne, as a practical helper, and then as the finance officer, with a careful eye for how the pennies were spent.

“Roseanne and Pat, were an unusual couple, but complemented each other perfectly, Roseanne being a rather larger than life, outgoing, determined Kiwi , whereas Pat was smaller, quieter, careful, took a back seat and was thoughtful.  However Pat was always active and practical and  I remember him taking a group of Head Injured attendees to the New Forest Camping when he was in his late sixties.” 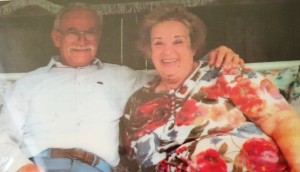 “I believe Pat met Roseanne when he was on a brief shore leave from the Merchant Navy in New Zealand – I should imagine it was a whirlwind romance!

“The couple settled in the UK and for most of Pat’s life he worked as  a civil servant. They  had three children, one of whom, Lindsey, had a motorcycle accident, in his mid-twenties and suffered a severe head injury. After Lindsay’s discharge from  NHS rehabilitation the question was, ‘what’s next?’. Back in 1987, there was absolutely nothing, so Roseanne and Pat started Headway and eventually occupied the old casualty department at Battle Hospital, turning it into a thriving day centre for people with  a brain injury.

“Pat continued his involvement with Headway after Roseanne’s death and was a regular attender at Christmas concerts and social events. Pat’s contribution to  the development of Headway was enormous and his picture, with Roseanne, sits proudly on the wall of  the day centre in Henley.”

Pat will be sadly missed by all who knew him and everyone at Headway Thames Valley is thinking of Pat’s family at this time.

Pat’s funeral will take place at Reading crematorium on Tuesday, June 21 at 2.15pm.